“I believe that no Aboriginal or Torres Strait Islander person who is in need of or receiving palliative care should go without something nice and meaningful on their last journey.”

As a child, Sally held a unique curiosity about what people were thinking and who they wanted to talk to when they were dying. It wasn’t until her four siblings were dying, and in need of palliative care, that she saw some of the answers to her childhood questions. In Sally’s experience, the care her siblings received had lacked any real personal touch.

Having worked in a hospital for over 20 years, and being involved in NATSICC and pastoral care work, Sally has seen how many Aboriginal and Torres Strait Islander people live ‘off country’ when they die – often without the dignity and comfort of having loved ones close by. 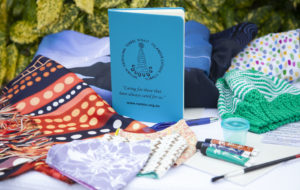 “So, in the lockdown in 2020, it just came to me that I should be doing something, so the idea of the care packages emerged.”

The care packages that contain masks, blankets, writing pads and shawls have all been assembled by Sally in her Canberra home, before being delivered across the country.

“I’ve been overwhelmed by the generosity of so many people throughout Australia who have knitted, crocheted and sewed for me, some individually and others as craft groups. At a rough guess, there would have to be over three hundred women supporting this project.”

To reach the people who need care packages, Sally relies on her networks.

“I rely on my own contacts and I rely on the women from the Indigenous Program of Experience in the Palliative Approach (IPEPA) – they have been amazing in putting me in touch with organisations who work with people who need palliative care.”

Over the past year, the care packages have had a huge impact on the lives of those receiving them and their families.

“I’ve received many notes of appreciation, saying they feel that someone, somewhere is thinking of them, especially when their final journey is really hard. I’ve been told the packages have brought smiles to people's faces and have helped to lift their spirits.” 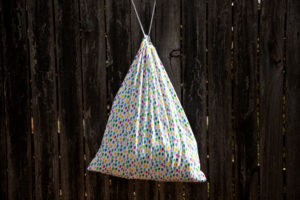 Often the people receiving these care packages are away from their families, support groups and their Country.

“I’ve heard stories of the booklets being used to write letters, their untold stories, their goodbyes and much more.”

But Sally, would love to see the initiative grow even more and continue for as long as it is needed.

“My hope is that no Indigenous person will miss out on a package, that people will be generous and donate the items that we need, and that other people will donate financially so we can purchase items that go into the packages. So far, every State and Territory, apart from the Northern Territory, have received packages. What some people don’t know is that all items are brand new. I do not accept anything that is second-hand. Our people deserve the best!”

“If it gives someone comfort that someone’s thinking and caring about them; and it makes them go back into their country in their minds, knowing that they do belong, then we have succeeded.”