Home » News » Palliative Care must be a priority for all Governments

Palliative Care must be a priority for all Governments 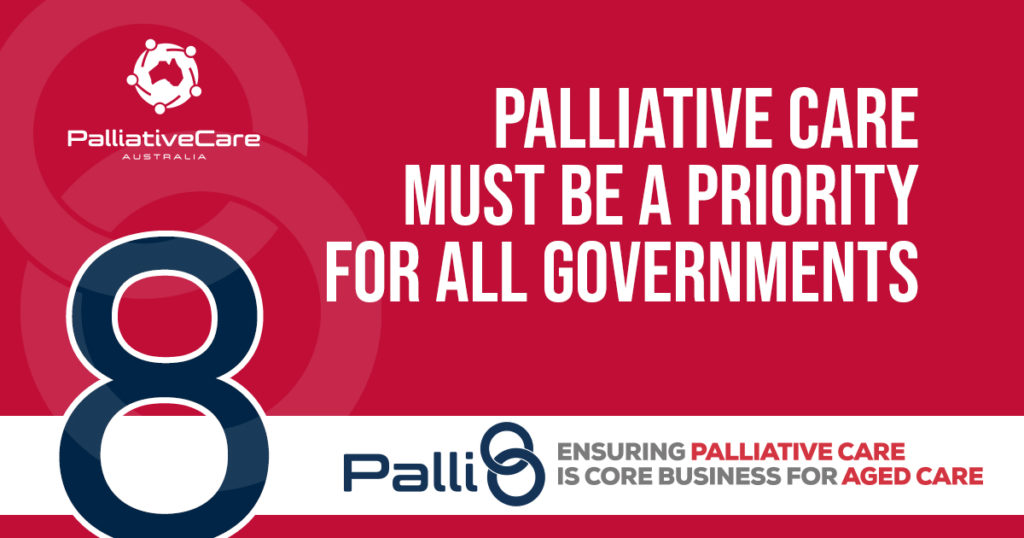 One of the greatest challenges for palliative care in aged care is the varying responsibilities across the Australian and state and territory governments. The level of palliative care funding and support varies across states and territories, with no clear national picture of what services are available. This can result in silos and system issues that impact aged care recipients and their ability to receive the palliative care services they need in aged care. It can also affect the transition between the primary health, hospital and aged care sectors and have a significant impact on emergencies. The independent review into the Newmarch House COVID-19 outbreak found that the emergency response was characterised by a lack of clarity in relationships and hierarchy among government agencies[1].

A priority for all governments

Making palliative care a priority for all governments will ensure greater oversight, national consistency and better relationships between the health care and aged care sectors. This could be further enhanced with the appointment of a National Palliative Care Commissioner to engage with the palliative sector and facilitating improved communication across jurisdictions by encouraging consistent approaches across all settings, including primary health, community health, tertiary health, aged care and disability.

It is not intended that the Palliative Care Commissioner would be a fund holding body or provide services; get involved in individual cases or advocate for individual people; or undertake dispute resolution, handle complaints or undertake investigations.

Improving the interactions between governments

Link to the media release