Long-term value for all in accepting offers of help

Saying yes to help is a skill we need to relearn, according to international expert on building compassionate communities.

There is a good chance you’ve participated in one of these conversations before. Whatever the specifics of the hardship, it tends to go something like this:

“I’m sorry to hear Thomas is unwell. Let me know if I can do anything to help.”

“Thank you for the offer. That’s very kind of you, but no, we’re fine thanks.”

Declining the offer of help, even when you don’t particularly need it at the time, is a serious mistake according to Dr Julian Abel. That is a valuable lesson he has learned as one of the world’s leading experts on building compassionate communities, where people care for one another during times of crisis or loss. Saying yes to help is also something he actively teaches patients and their families, as a palliative care consultant in the UK.

Dr Abel warns that saying no is an effective way of shutting down valuable support networks at a time when they need to be nourished and built. He says this can have long-term implications that can even affect bereavement.

“We have lost being able to say yes to help,” says Dr Abel, who is travelling to Australia in February to lead a symposium on compassionate communities.

“It is a skill that sometimes we have to relearn. The first thing patients and families say is ‘no’.

“You have to retrain people to say ‘yes, thank you’ and get in early so they can get in and start building a supportive network. This a conversation I have daily with patients and their families.”

“If you have a network of 20 or 30 people doing a small bit, it takes off a huge amount of workload for one person.”

Dr Abel encourages carers to accept offers as soon as they’re made, even if they feel they don’t need assistance at the time. 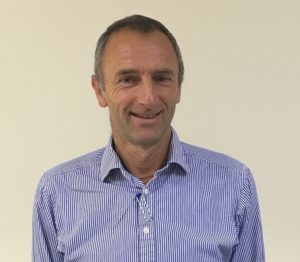 He tells the story of a hospice colleague, John, who had to teach his mother to accept help after his 90-year-old father became ill.

John was visiting his mother when a neighbour knocked at the door and asked if there was anything he could get her at the shops. With John keenly watching her response, she said ‘Yes, a pint of milk would be great, thanks’, despite having milk in her freezer.

“The neighbour went out and bought the milk, and then sat down and had a cup of tea with her,” Dr Abel says.

“That created a very different course of events to if she had said ‘no’. And that principle builds over time. It takes time to build networks. It is a marathon, not a sprint.”

He says over time, the strength of bonds increase, as people in supportive networks report their contribution to be a privilege and meaningful, rather than burdensome. Those supportive relationships then naturally extend into bereavement and beyond, potentially adding joy and meaning to a carer’s life many years after the death of a loved one.

“They may find themselves left alone, even the day after the funeral, and become increasingly isolated over time.

“When you look at it from this perspective, you really start to see the profound impact compassionate communities can have on people’s quality of life.”

Dr Abel says networks make a huge difference to carers’ health and well-being simply by helping with “all the stuff of life”, like cooking, cleaning, shopping and gardening. In addition to that practical support, carers need emotional support; simply taking them out for a glass of wine may help them feel “like a normal human being”.

“Those individual tasks may not be huge of themselves. If you have a network of 20 or 30 people doing a small bit, it takes off a huge amount of workload for one person.

“You also get this incredible sense of a supportive network picking up and taking care which is incredibly life enhancing and nourishing. People helping never mention the word burden. They describe it as an honour. The whole thing is life enhancing.”

The concept of compassionate communities started in Australia as the brainchild and vision of Professor Allan Kellehear, who is now based in the UK and president of Public Health and Palliative Care International, an organisation committed to embedding it as a global public health approach.

Professor Kellehear wrote the Compassionate Cities Charter, which outlines 13 social changes that local government can lead and support through schools, workplaces, trade unions and churches, and activities such as incentive schemes and competitions.

While the concept is building supporters in Australia, Dr Abel says it is now mainstream in the UK and an accepted part of planning end-of-life care.

The UK’s National Health System is actively supporting programs that combine health and social care, because building community networks around people with long-term chronic illness is both compassionate and cost effective.

Dr Abel recently co-authored a guide to help communities develop support networks at the end of life, providing a summary of how organisations and societies can participate.

Last September, he experienced the power of the concept first hand, after his mother was diagnosed with acute myeloid leukaemia and decided not to have chemotherapy. His mother lived 120km from Dr Abel, and his sister, Jo, who lived closer, was concerned she would need to do most of the caring.

While his mother was still in hospital, Dr Abel started setting up networks, so by the time she arrived home about 20 people had committed to helping.

“We went through the whole journey in a month of her being able to get downstairs to eat, to the point where she was bed bound and we had to give her personal care.

“We organised it so well that there were always people downstairs to do the cooking and cleaning and washing. Then it got to a point where she was incontinent. Someone would clean and wash the sheets, so we always had clean sheets.

“During that time I didn’t cook a meal. We arranged it so well that when my mother started having disturbed sleep we had a roster of people who could sit with her, so my stepdad could get a proper night’s sleep in another room.

Dr Abel says that before his mother came home from hospital, he asked her where she wanted to die. She said her preference was a hospice so that she wasn’t a burden to the family, but that changed over time.

“We got her home and she was so comfortable and so happy and cared for at home that when we asked her again she said ‘I think I’d like to stay here to die’. And she did.

“During the last bit of her life, there were times I saw my mother be more content than I’ve ever seen her. She was surrounded by this incredibly loving care.

“We all have to die. Let’s make it happen in the best way possible.”

As an amusing side, Dr Abel likens Professor Kellehear’s early inspiring efforts – and the way his group of supporters has grown – to how the crazy man dancing inspires followers in this YouTube video.