Today, on the four-year anniversary of Hazel Hawke’s death, her daughter Sue Pieters-Hawke fondly remembers their final weeks together. Sue remains grateful that Hazel died in a residential aged care facility that understood dementia and provided good palliative care, both for her mother and those who loved her.

How important do you think it is for aged care facilities to offer palliative care?

I know personally that it made a massive difference for my mum and for the rest of our family.

Mum had regular assessments and it was really reassuring to us as a family to see skilled people pop in regularly to see if anything had changed. She was kept on a very low level of pain relief but was written up for morphine if she needed it, which was a big relief. One of the biggest things for families is knowing that if pain increases, there will be someone there to deal with it in a timely fashion.

We had 24-hour access to a registered nurse and also to a dementia specialist nurse who had palliative care training. There was also a palliative care doctor on call, so there was an integrated team-based approach to meeting her medical needs.

Good palliative care can make all the difference to how surviving family members feel in the long term as well. Someone dying is always going to be sad and you can’t take away the inherent sadness or grief of loss. But because you understand what is happening and you’re supported you’re not left angry or frustrated. 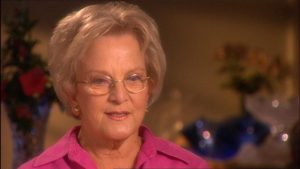 What can residential aged care facilities do to support families with a loved one who has dementia?

In a compassionate, understanding and supportive way, I think they need to educate families to understand that dementia is eventually fatal. If they don’t die of dementia, they will die with dementia. They also need to help families understand how they can support the person they love, rather than feeling powerless.

Before Mum’s diagnosis, there was clearly something going on, but she lived really well. That continued for many years; she continued to participate in her community, go to concerts and work. And she lived for about four years in aged care.

Just like people do their best to live well through the course of cancer, or any other disease, she lived well with dementia. There is a tendency for people to dehumanise people with dementia as soon as they are diagnosed and people tend to jump to the end stage. We really need to fight the stigma and support people to keep living as well as possible. With an early diagnosis, there can be many further years of living before death.

I know without a skerrick of doubt that good palliative care is as crucial for people with dementia as for any dying person. It has to be a priority; in Australia dementia is our second-leading cause of death.

I think it is absolutely essential for dementia-specific palliative care skills and capacity to be built into all residential aged care because the majority of people living there have some level of dementia. 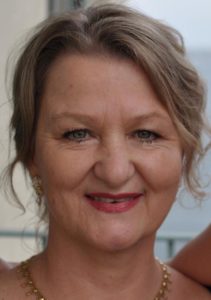 How did you and your family choose the right facility for Hazel?

Part of it was their attitude and capacity around death and dying. All of the facilities we looked at, except for the one we chose, used platitudes and didn’t confront the nitty gritty.

They place we chose spoke compassionately but openly about the fact that most residents would die there. They did their best not to transfer people to hospital to die and were up-skilling their staff so that everyone was trained in palliative care.

They had nurse specialists trained specifically in dementia palliation, and the doctors they had on-call were palliative-care savvy. Plus, the personal care workers were trained in the personal care needs of a dying person; how to turn and life someone soothingly, gently and carefully, for example.

Their philosophy was to support the dying person to die as well as possible and to support their family to be included and supported as well. For me, that is the gold standard in residential care, and we were very lucky to have experienced that.

I believe that staff in most facilities do their best, but to achieve that gold standard you need to have systems skills and supports in place which come from the top; from owners and boards down making the commitment.

How did that gold standard of care play out in practical terms?

We had Mum’s room looking like a living room, with rugs that Mum’s mother had made, her pictures on the walls and a silk sari that one of her grandson’s brought and put on her bed. We had incense, a set of electric candles and played music that Mum loved, so it felt soothing and comforting. I remember nurses walking in and saying ‘This is lovely’. It was as close to dying at home as you could get, with specialist knowledge and input.

There was about a 10-day vigil when Mum had gone into a terminal decline, and my two kids and I were there every day. There was a sofa bed in Mum’s room, so my sister stayed with her overnight.

My kids were in their twenties and they both absolutely loved and adored their Nan. We would take turns sitting next to Mum and holding her hand. My son spent a lot of time on his laptop, and sometimes looked like he wasn’t that involved, but every time Mum’s breathing changed he looked up from his computer.

In the evening, we would get Chinese from a local takeaway and a bottle of wine and sit and have that in Mum’s room. We included her in the conversation, even though she wasn’t talking. We treated it like home and just hung out together. Towards the end, she was losing her capacity to swallow, which is natural and normal. I could see that it was starting to get harder, so I whipped up a simple egg vanilla custard, that she taught me to make.

I don’t know how intact her sense of taste was, but I know it was comforting for me and she seemed to like it.

Did your children gain from the experience of supporting your Mum through the process of her dying?

My kids learned that death might be sad but it doesn’t have to be bad. I think it is probably a very valuable experience to have in your twenties. They were pleased to have been there with her, and for her.

The way we approach death and dying, as a society, doesn’t serve us well.

We avoid talking about the one thing that will, with certainty, happen in our lives to us, and the people we care about. It is still a subject that tends to be taboo, and seen as negative and maudlin, which really is ridiculous.

We need to create ways to approach talking about it, so we create the opportunity to make positive choices and reduce the suffering that comes from ignorance and not connecting with one another.