“I always try to live my mother’s lessons of living a life based on love, not fear.” Ken Ross

It may be 50 years since the late palliative care and hospice pioneer Dr Elizabeth Kubler-Ross, published her seminal work “On Death and Dying”, but her legacy is still as vibrant as ever.

Within the global palliative health care sector, Dr Kübler-Ross is revered,   credited with revolutionising the way the Western medical profession approaches terminal illness and dying. Her extensive body of work – which includes 24 books, global lecture tours and extensive clinical practice - inspired many of the models of care today, improving end of life treatment for millions worldwide.

But according to son Ken Ross, Founder and President of the Elisabeth Kübler-Ross (EKR) Foundation, his mum was unaware of her influence – too busy working to stop and reflect on the legacy she was creating.

“My mother was so incredibly busy during her career I don’t think she could see all the lives she changed. She had to deal with a tremendous amount of push-back by the public and press who often was not ready to face their own fears of death and grief.

“Her house was burnt down twice [due to her support of children living with AIDS] and she faced death threats and various intimidation for trying to alleviate the suffering of the dying. Sometimes it was a lonely path being a pioneer.”

While Ken admits growing up as the son of the infamous ‘death and dying lady’ was like a ‘rollercoaster’, he says that constant talk of death and grieving was just a normal part of his family life. 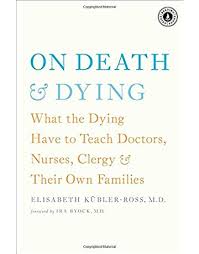 “When my mother’s first book ‘On Death and Dying’ came out in 1969 she began traveling more and more. The only way I got to send much time with her was by going on trips with her around the world.

“My mother appeared on the cover on numerous magazines including Life, Playboy and People magazine so it was hard to escape hearing about it. Both my parents were doctors and often talked about death at the table.”

“Elisabeth had a very complicated public life with many demands. But at home she was a simple Swiss country mother very involved in cooking and doing typical ‘mom stuff’. It was an unusual roller coaster type of existence for both her and our whole family but having grown up with it, it seemed normal. Despite her work with the dying she always had a good sense of humour.”

Dr Kübler-Ross’ is perhaps best known in mainstream society as the creator of the  “Five Stages of Grief”  - which has become firmly embedded in popular culture (the EKR Foundation website actually lists its reference in well-known TV shows, movies and literature), but is also the source of some lasting controversy for Ken and the Foundation.

“The Five Stages are often misinterpreted and misrepresented,” said Ken.

“The Five Stages were a simplified version that my mother used to describe a defence mechanism that people use when faced with grief, loss, and change.

“When Elisabeth spoke with professionals she used an expanded version of the stage theory that included roughly 13 stages. The chart in ‘On Death & Dying’ actually mentions 10 stages including: hope, shock, and partial denial. Oddly no one has mentioned this in 50 years of public analyses of this theory. The stages are not meant to be linear nor do you ‘graduate from grief’ if you get to acceptance.”

He says that it is also often been misreported by the press that her mother recanted all her beliefs the last few years of her life.

“This is ridiculous, she never had a change of heart about her thoughts. What did happen was that she had a major stroke and was paralysed on her left side. She was angry that she could not enjoy her retirement but that is exactly in keeping with what she taught – anger is a part of the Five Stages!”

“Several days after my mother died a woman showed up from India and asked to see my mother. She explained that she was interested in starting a hospice near Mumbai and wanted to discuss this with Elisabeth. I decided to take her to the room where my mother had just died to see if she could at least get a sense of my mother’s spirit from her bedroom at the assisted living home. After letting her stay there an hour she decided she had enough inspiration to go back and start a hospice program. Oddly I just bumped into this same woman 14 years later at a conference this February.

“That meeting impressed upon me how important it was to continue connecting the public to Elisabeth’s messages. Last year I spoke at a hospice in Argentina where roughly one quarter of the staff said they only worked in hospice because of Elisabeth. That’s another reminder how her work continues to change the face of medical care around the world over a decade after her death.”

Ken was his mother’s primary carer in her final years, and following her death in 2004 he founded the EKR Foundation to continue her legacy and provide advocacy, support and resourcing for hospice care worldwide.

“It is a very exciting time for the EKR Foundation now with the 50th anniversary of ‘On Death & Dying’. We have just opened several new foreign chapters in Chile, Brazil and India. Our family also recently donated all of Elisabeth’s archives to Stanford University, who are publishing two new books and a documentary on her work.”

When asked what he regards as a “good death”, Ken says it’s all about leaving the world with no regrets.

“A good death is having lived an amazing life that one can be proud of. It also includes having palliative care when seriously ill if possible, which includes my mother’s “4 quadrants” - emotional, intellectual, physical, and spiritual care.

“I had a heart attack and emergency surgery in Mexico 17 years ago - I had no fear of death as I lay on the ground thinking I was dying. I grew up hearing so much about it, I just enjoy each day and don’t worry about things I cannot control, namely my death one day.

“Every day I have a chance to create new experiences and do meaningful things while I’m still healthy. I always try to live my mother’s lessons of living a life based on love, not fear. I’d rather regret things I attempted and failed at versus things I never got a chance to try.” 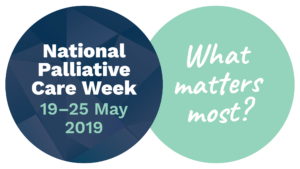