“We will ensure he has a ‘good death’.” These were the words registered nurse Jemma Graffin spoke as she sat with the family of 91-year-old Allan Patterson, the night before he died at Dougherty Villa, in Grafton, NSW.

Allan’s daughter Penne sat with her brothers, as Jemma explained what to expect next. She was calm and reassuring. Allan would peacefully take his last breath with no pain or struggle. They talked about the quality of life, then they talked about his quality of death.

Allan, a man known for his kindness and sense of humour, loved his time at Dougherty Villa. Penne says he was treated with dignity and respect by the beautiful people who had become his family.

Allan had lived at Dougherty Villa for six years before suffering from a broken pelvis following a fall in December of 2019. At the hospital, Penne recalls the sudden changes she saw in her father, and how he would get frustrated easily. She remembered crying next to his hospital bed, after being told it was his dementia causing his anger.

“He was not the father I knew. His anger was due to his medication being low,” said Penne. “In Dougherty, the staff would just show up. They knew his signs of pain, so there was never a time we had to ring staff for help.”

“When we requested Allan’s transfer back to the Villa after he had been in the hospital for four days, the hospital obliged respectfully after ensuring we had the medication and clinical support available to support his transition,” said Jemma. “We had cared for him for six years, so we wanted to bring him home to care for him in his death.”

After returning to Dougherty Villa, Allan was given the same love and care he’d known. Although bed-ridden, Allan would sometimes wake around 5am – a habit continued from his Airforce days – to be shaved by the nurses, and have his Airforce bear placed on him.

“People might think palliative care is slowly watching your loved one die, but it is so much more,” said Penne.

For Penne, her experience with palliative care included thinking of all the good and funny things. It was getting to know him through the carers’ eyes. It was staff, like Jemma, being up front about what death will be like, explaining what would happen next, and just sitting there, fully present. And it was the beautiful people, cleaners, cooks, carers, and nurses who came to give him a haircut, talk to him, to share a laugh and a story about him (even when not responsive), show their respects and kiss him on the cheek goodbye.

“There were shared tears but also shared laughter. There was compassion and thoughtfulness; but from all the staff there was love and a sadness too, because they also had to say goodbye to a character that was often cheeky and always made them laugh. My father used to say, ‘Show me your friends and I’ll show you your future. Surround yourself with good people and you in turn will be a good person’,” said Penne. “At the end for my dad, that’s exactly what he was, surrounded by good people.”

It was Jemma’s day off when she received a call saying Allan had taken his last breath, at around 4am. “Despite being so early in the morning, Jemma a single mum with three young boys, packed her children into the car and came straight to see us,” said Penne. “She just wanted to be with us. Then they all came for the funeral. I can’t sing enough praises about Jemma and the staff – it touched us very deeply to see so many of the staff at dad’s funeral.”

“When I remember my dad’s passing – the time my brothers and I became orphans – I will remember each and every person that provided our family and our dad with love, kindness, support and a ‘good death’,” says Penne.

For Jemma, providing holistic palliative care involves meeting the needs of the family as well. 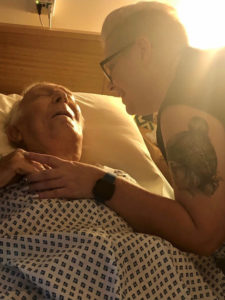 “Making the family comfortable was a huge part of Allan’s palliation,” said Jemma. “I had conversations with the family about letting us take care of the clinical aspect so they could focus on celebrating Allan’s life. I wanted them to know it was okay to laugh and to smile. You could see their relief, knowing that their last moments were just going to be spent with their father.”

The experience of a good death is not just for the patient, but for family and friends as well.

“People are often surprised when I say that we have a lot of fun,” said Jemma. “We've done some strange things to make sure everyone has got the experience that they need!”

In the last few days of her dad’s life, Penne really appreciated the openness and availability of the staff. “It meant the world to us that staff came in and checked on dad. Even though he was unconscious they still treated like him like he was having a cuppa or watching TV. No one tip-toed around us. We actually preferred staff coming in and engaging with dad.”

But to ensure the needs of the patients and their families are met, Jemma admits the challenges of understanding and meeting everyone’s expectations: “One of the hardest things can be figuring out what everyone's expectations are and finding ways to meet them, or finding a compromise. Sometimes it’s about advocating for a patient by meeting with them and saying ‘I'm sorry that it's not what you wanted, but this is what's possible and is what's not. Now the goalposts have moved, how do I support you?’.”

While working at Doherty, Jemma and her colleagues also worked hard to ensure the children who visited the homes were cared for. “The catering and activities staff were largely responsible for providing children – in what can often be an overwhelming and worrying time – with activities and snacks to keep them busy while spending time with loved ones. 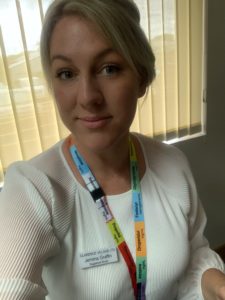 Jemma graduated from nursing three years ago, and shares how palliative care nursing is not a text book kind of job. “In nursing there's no simple transaction with a receipt received at the end. Every shift you go to you leave a piece of yourself behind, and in special occasions – like nursing Penny and her father – you also get to take something away. None of us go to work for it, but when those special moments happen, it just keeps you going.” 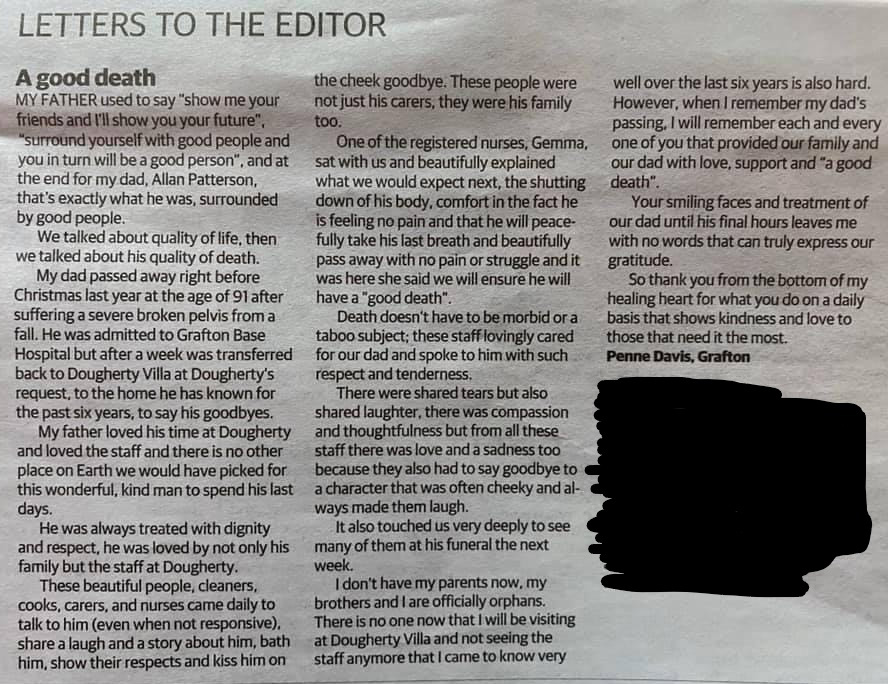 This story was published during National Palliative Care Week 2021.