Jeremy McKnight with his daughter Shannon, who died aged 19 in March.

The prospect of bringing his 19-year-old daughter, Shannon, home to die terrified Jeremy McKnight. Having spent two years by Shannon’s side in hospitals, supporting her through chemotherapy and bone marrow transplants, he understood why she wanted to spend her last precious few days at the family’s hobby farm in rural Victoria.

But the farm, located between Maryborough and Talbot, was isolated and specialist palliative care support was not available after hours. Mr McKnight had already experienced the trauma of seeing his daughter in “nothing but pain and constant fear” since her diagnosis with leukaemia.

“Her last wish was that she just wanted a few days at home in her own bed, but I was petrified that I wouldn’t be able to provide that for her,” Mr McKnight says.

“We were all still mentally trying to cope with what was going to happen, but my main concern was that I had to do everything right for Shannon, so whatever time she had left was relatively pain free and comfortable.”

Before leaving Royal Melbourne Hospital, Mr McKnight was given a phone number for Dr Claire Hepper, a GP based in Creswick, which was about a 40 minute drive from the family’s farm. The hospital also notified Dr Hepper that Shannon was returning home to die.

“She was talking to us one minute and screaming in agony the next.”

Back at the farm, the family had a visit from the Ararat Palliative Care Service nurse, who’d driven for about 90 minutes to see them. The nurse was supportive and delivered medical equipment. He also explained that while Ballarat had 24-hour specialist palliative care coverage, that service didn’t extend as far as the McKnight’s relatively remote location. The nurse couldn’t support them outside business hours or on the weekend.

“At that stage, I thought ‘What have I got myself into? I’m not confident to be able to handle something if it does arise’,” Mr McKnight says.

“I was flat-out scared.

“People in the palliative care area are fantastic people who give 150%, but there’s not the funding and manpower to do everything they need to do.”

“Shannon was at home for a day and then she had a bleed into her spine. She was talking to us one minute and screaming in agony the next,” Mr McKnight says.

“We couldn’t do anything. She just screamed and screamed.

“We called the ambulance, but 45 minutes later, they hadn’t arrived. We were very lucky to get onto Dr Hepper and she came out immediately and helped Shannon.”

Dr Hepper, who works with Ballarat Hospice Care and is a volunteer on its Committee of Management, says there are after-hours gaps in access to specialist palliative care services across many parts of rural Australia. She says patients in these areas instead rely on ambulance services, hospital emergency departments and GPs who work on-call if they need out-of-hours assistance.

“Shannon was a delightful 19-year-old lady with such grace. She was lovely and very open and able to talk about her future. That made all the difference with being able to help her with her wish, in wanting to die at home.”

During her emergency visit to Shannon, Dr Hepper realised key shortcomings in her standard doctor’s bag of medication. She wished she had enough medication and equipment to leave with the family, to ensure they had what they needed to manage Shannon’s symptoms, so she went shopping. She bought “a nice bright, cheery bag”, lots of mouth care and supplied the medications the family might need in order to control Shannon’s symptoms quickly.

She then spent about three hours teaching Mr McKnight about each of the medications, showing him how to open the ampules and put in a line under Shannon’s skin so the medications could be delivered quickly and easily.

Mr McKnight says Dr Hepper was “spot-on” in anticipating what Shannon would need over the following days and he relied on the pack several times, calling the doctor frequently for support and confirmation he was doing the right thing.

He says the bag and support reduced a myriad of Shannon’s symptoms as well as the family’s anxiety.

“Shannon was lapsing in and out of consciousness on the last day. She woke up and gave me a cuddle and said she loved me and she was comfortable and she was glad to be home,” he says.

“It meant the world, being able to give her that little bit of peace.”

Since Shannon’s death in March, Mr McKnight, Dr Hepper and Ballarat Hospice Care have teamed together to create ‘Shannon’s Packs’ to support other people wanting to die at home in rural and remote locations. The McKnight family has raised $12,200 of a $15,000 target through GoFundMe.

So far, Mr McKnight and Dr Hepper have created 30 packs for seven general practices in Victoria. Dr Hepper hopes to “start a movement from the legacy of what Shannon has taught us” and provide them nationally.

She says the idea of emergency symptom control kits is not new and that most palliative care services leave patients with some form of in-home medication box. The difference is that the Shannon’s Packs were designed to support families and GPs in locations without 24-hour access to specialist palliative care support.

After discussions with pharmacies and reviewing legislation governing medication control, Dr Hepper decided the most practical way for most doctors to stock the bags was using core medications the Royal College of General Practitioners recommends for doctors’ bags.

The packs contain syringes, drawing up needles, an ampule opener, sharps container, emergency symptom-control equipment, and instructions and information to support patients and families. In-kind donations and bulk purchasing has reduced the cost of each pack to about $160 plus postage.

The idea is for GPs to be able to tailor the packs with the specific medications their individual patients are likely to need in an emergency, if they can’t access medical support. The GP then works with the patient and their family, explaining how to use the medication to control symptoms in an emergency.

“It’s to bridge a gap, not to replace the excellent palliative care services that are available across Australia,” says Dr Hepper.

“But we know that having after-hours access to medications is the biggest barrier to achieving home-based palliative care in regional areas.

“Having it based on doctor’s bag medications means that it can be accessed easily through the PBS [pharmaceutical benefits scheme] without cost to the doctor and without having to be dispensed by a pharmacy.”

To make a donation to fund Shannon’s Packs, visit www.gofundme.com/2825bdje 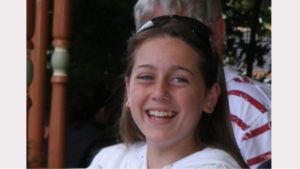