The Emerging Leader award was taken out by Anna Holliday, project manager of Live Tasmania.

Ms Holliday has led projects to enhance outcomes for people living with disability as they approach death or become bereaved.

In 2015 her research captured views held by people with a disability on palliative care, end-of-life care and bereavement support, and found they wanted to have a say. In another study she captured the needs, perspectives and experiences of people delivering care and support to people with a disability at the end of life. She also found carers were willing to provide support, but lacked the assurance, language, skills and resources to do this effectively.

“Before Anna’s intervention, Tasmanians living with disability were generally excluded from discussions about death ‘ and nobody noticed,” he wrote in his submissioon.

“Because of society’s discomfort around the topic, at best, such conversations have been brief and euphemistic; more often, though, they have been avoided, altogether. This situation has rendered people living with disability silent, bewildered, devalued and disempowered.”

Ms Holliday has also rallied disability service providers to design and develop disability-specific products, and established a state-wide Community of Practice which provides a forum for organisations to share knowledge and resources.

“By instigating and facilitating courageous conversations, Anna has already made measurable enhancements to the lives and deaths of people with disability in Tasmania,” said Mr Byrne, adding that Live Tasmania’s 330 stafff and more than 2000 participants can now share authentic discussions about mortality, end of life goals, wishes and bereavement needs.

“We are confident that this is just the beginning of a shift that will reshape the end-of-life landscape for people living with disability in Australia.” 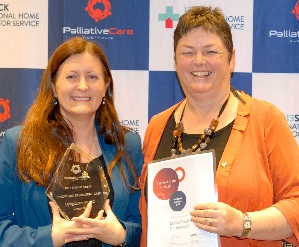 The MOOCs, which provided free education to large numbers of people online, ran in 2016 and was repeated in 2017. They proved an innovative way to engage the Australian public and build community awareness around death and dying as a normal process,  with more than 3000 people signed up for the two MOOCs.More than two-thirds of participants in each MOOC identified as health professionals. They said it provided opportunities to improve conversations with patients, carers and their own families.

Some participants were caring for family members who were dying. Others who were bereaved said the MOOC helped them talk more openly about the issues that they were facing.

Lesley Forrester achieved the Rural and Remote award for excellence in palliative care, in recognition for her work overseeing the growth of coordinated palliative care services across the Great Southern region of WA.

Ms Forrester has been a palliative care nurse in Albany since 2001 and became the regional coordinator for the Great Southern Specialist Palliative Care Program in 2009.

In her role she covers a physical area equivalent to Melbourne, Sydney and Brisbane put together, which includes 10 district hospitals, outpatient clinics and community patients in aged care facilities. 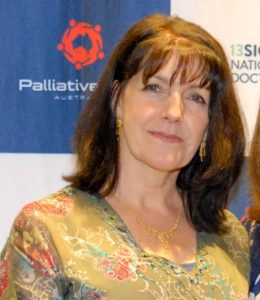 She manages the regional coordination and consultancy to support primary healthcare teams to provide appropriate and timely palliative care to patients.

Ms Forrester has led the region in coordinating a strategic system-wide approach to palliative care service delivery. Prior to this many services were delivered ad hoc, with patients often being transferred to a metropolitan hospital.

In her first year in the role Ms Forrester had 37 new patient referrals, but with a 45% increase in activity each year, she and her team provided care to 224 people in 2015-16. The team includes a nurse, sessional medical input and part-time social worker.

In nominating Ms Forrester, they wrote that improving specialist palliative care, training and education prevents unnecessary hospital admissions and allows patients to receive quality care in their place of choice, despite the vast area covered.

“Her steady guidance and leadership within the region for the past 16 years has meant specialist palliative care has grown from an ad hoc service to one which advocates for the patient, the regional services and strategically for WA, unifying palliative care services to provide the best care possible for loved ones in the region.”

Dr Diana Ferreira received the Emerging Researcher award for her work in studying the efficacy, safety and adherence of extended-release morphine for chronic breathlessness.

Her research is significant, as there is no internationally approved therapy for the relief of breathlessness that persists despite optimal treatment for the underlying cause. 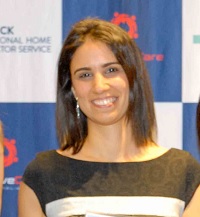 Her PhD project includes five projects, four of which are part of the large BEAMS (Breathlessness, Exertion and Morphine Sulphate) study. BEAMS aims to evaluate the effectiveness of different doses of extended-release morphine for chronic breathlessness in people with advanced chronic obstructive pulmonary disease. If morphine proves to be beneficial, it is likely to be approved for this indication.

While studying full-time over the past year and a half, Diana also worked with the world leading clinical studies collaborative in palliative medicine called PaCCSC (Palliative Care Clinical Studies Collaborative) as a clinically supportive project officer.

In nominating Dr Ferreira, Professor Currow wrote: “For the complexity of her PhD project and her contribution to the implementation and oversight of different randomized controlled trials, Diana should be considered for the Emerging Researcher award.”

The Quality of Care Collaborative Australia, better known as QuoCCA, has won the national award for Outstanding Teamwork.

QuoCCA has worked nationally to improve service quality in paediatric palliative care through pop-up, scheduled and incidental education for health professionals in urban, regional and rural areas. Pop-up education occurs either face-to-face, or via telehealth, in the child’s local community. 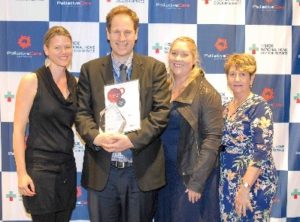 “Coordinating such a large-scale educational endeavour is an admirable and extraordinary feat,” she wrote, noting that it allows children and families to be cared for in their local community.

She said health professionals and families demonstrated significant increases in skill and knowledge in all areas targeted.

“This has been achieved despite physical, logistical and organisational challenges to regions as far as Longreach and Alice Springs, to areas where there may be limited healthcare resources or important cultural nuances around death and dying, or uncertainty or anxiety amongst local teams around caring for a child at end-of-life,” she wrote.

She said the QuoCCA team displayed inspirational collaborative teamwork internally and through their respectful and meaningful interactions with children, families and healthcare professionals in communities across Australia.

Outstanding Achievement by a Volunteer

Roger Lush was awarded the Outstanding Achievement by a Volunteer award, which recognises the exceptional contribution of a volunteer in improving the experience of a patients with palliative care needs or their families. 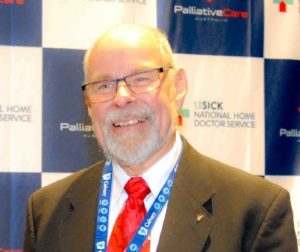 As recipient of the award Mr Lush has shown that he selflessly and generously volunteers his time and skills to look after others, without asking for recognition or expecting anything in return.

He was nominated for the award by Manager for Volunteer Services Anne Friedman.  Ms Friedman nominated Mr Lush because of his commitment to palliative care and Southern Adelaide Palliative Services, contributing more than 2,900 hours to the organisation since 2008.

As well as supporting people with life-limiting illnesses and providing council to their families, Mr Lush is also a mentor for new volunteers in palliative care and an ambassador for volunteers across all sectors.

Excellence in Palliative Care in an Aged Care Setting

Peter Jenkin was awarded the national award for Excellence in Palliative Care in an Aged Care Setting.

As recipient of the award Mr Jenkin has shown excellence as a palliative care leader in an aged care setting, a champion for others in the palliative care sector and a motivational communicator. 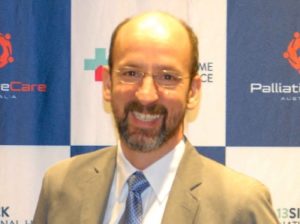 Mr Jenkin is a Palliative Care Nurse Practitioner in Aged Care at Resthaven Incorporated in Adelaide.

He was nominated for the award by Executive Manager of Residential Services at Resthaven Incorporated Tina Cooper.

Ms Cooper nominated Mr Jenkin because he demonstrated in applying best practice palliative care, enabling her organisation to proudly state it is a leader in palliative care in the aged care setting.

Mr Jenkin has proven himself to be a valuable member of the Resthaven team and especially helpful when consulting families about death, dying and grief.

Mr Jenkin has also proven himself to be committed to ensuring people in an aged care setting can access the palliative care services they need.