Ten things I’ve learned about death since losing my Dad 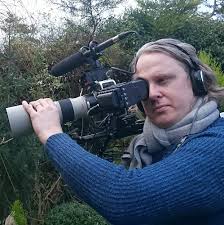 Death is the ubiquitous spectre waiting to affect us all and while we cannot avoid it, we can try to understand it a little better.

My dad died six months ago and was a victim of pancreatic cancer – an offensive and aggressive form of the disease that left us with weeks from the moment of diagnosis. Death is a strange thing, the conjuror of sadness that one can take personally and yet life’s only guarantee despite its vague existence at the fringes of everyday thought. Death is the ubiquitous spectre waiting to affect us all and while we cannot avoid it, we can try to understand it a little better. And in my attempt to do so, here are ten things I have come to realise.

For many, death frequents our choice of film and television. Hollywood’s depiction, however, fails to recognise or convey the nuances and subtleties which build the foundation for grief. Death, really personal death, doesn’t come with an emotive colour wash or musical accompaniment. Words and moments become imprinted on the brain, never to be forgotten. There’s no convenient edit or scene change. There’s no merciful flash forward. It’s a very mentally consuming, powerful period of life that demands you to dig deeper and tap reserves you didn’t know you had. Sanitised entertainment will never provide the tools needed to prepare for death despite it being such a frequent source of exposure in everyday lives.

The care administered during the process of dying is only as good as the people doing the caring. Whatever you think about a healthcare system and the endless politics involved, a simple fact remains: great people provide great care, not so great people don’t. And in every healthcare organisation around the world, great and not-so great people exist side by side and you can only hope that your friend or relative doesn’t end up under the care of a practitioner more concerned with Love Island than attending to their pain relief (which happened to us).

Westerners have a terrible relationship with death.This inevitable process comes as a huge shock to most people exposed to it. The reason we feel like this is because we’ve sterilised our environment to a point that death simply no longer features as part of life. Yes, we see the afore mentioned cleansed Hollywood version that barely touches our sensibilities, but we no longer really ‘know’ or ‘appreciate’ the absolute guarantee of death. Or perhaps, we simply don’t want to, in favour of pushing it to the back of our minds. But, if we’re too scared to think about it, talk about it or understand it when life is at its best, then its arrival will almost certainly be harder during a time when life is, commonly, at its worst.

Black humour is a wonderful thing. To be so connected with the inevitability of one’s demise that dark jokes are made is hugely cathartic. A joke at death’s expense won’t make a blind bit of difference to the outcome. In fact, it softens the edges and can be quite disarming. A thing can’t be very threatening if you’re laughing at it. And believe me, dying people can really use a laugh.

Death generates a lot of paperwork.You would think that after all this time and with something as guaranteed as death, somebody would have created a button that can be pressed to resolve those aspects of life that are no longer required. The UK Government has made strides in this area with the ‘Tell Us Once’ initiative but private business can be painfully problematic, and any bureaucratic post-death difficulty costs the bereaved a great deal of money, time and discomfort.

No death should be wasted. I think something positive could and should come from every passing. Whether it’s a personal reflection and a change of attitude or inheritance put to good use, there’s always something, no matter how small, that can be done. In some cases, the death itself might raise concerns with the levels of care received and could be a precursor to change for the next person in that situation. It doesn’t matter how small or seemingly insignificant that change might be, no death is a true loss if something positive arises from the aftermath.

Ashes are heavy. The weight of an average cremated man is around 3kg. They’re also white and need quite a robust container to carry them in – I never knew.

Don’t judge grief, it’s immensely personal. How people choose, or are forced, to deal with loss might not make sense to others. If we are ever to embrace death and build a healthier relationship with it, grief of any kind must be accepted as a healthy part of the process.

Hospices are amazing. In particular, the hospice my dad was in, The Garden House Hospice in Letchworth. The care they offered in the final two weeks of his life was magnificent and in excess of anything I imagined available, for free, in the 21st Century. They’re typically donation led charities and need to be supported because their ability to provide such accomplished end of life care makes a profound difference to the moment of passing. And that extends beyond the patient. Their family support is excellent too. The importance of quality palliative care cannot be overstated and, while not everyone will have cause to experience it, I promise that for those families who do, a loved-ones passing will be a peaceful one.

In death and mourning, you are never alone. I found it of great comfort to know on the day of my dad’s death, there were 150,000 others experiencing the same sense of loss. To know that death is completely transcendent of both race and status makes me appreciate the fragility and, ultimately, inevitability that faces us all. The final act of life is completely immune from wealth, achievement, failure, success and geography.

Death will come for us and everything we know. That’s not depressing, it just is. And my ten personal observations are really just that – personal. You may agree, you may not. Your experiences may mirror mine or totally differ but that’s the thing about death… with everyone in the world doing it no two experiences can ever be the same. And as much as the act of death unites us all, so does the sense of loss felt knowing that a friend has stepped out of your life forever.

This article was originally published on Huffington Post UK and has been reproduced here with permission by the author.