Eighty-seven-year-old Katherine Kingsbury has dedicated her life to caring and advocating for the sick and dying. Throughout her long nursing career, Katherine has always held a deep commitment to improving the lives of people living at the margins of society. She remembers feeling confronted by the neglect and suffering of dying patients both in the hospital system and at home, and the frustration of seeing patients seldom consulted by doctors about the care they received. Katherine often found herself contemplating the question – ‘is this the best we can do?’.

Disappointment with the health system in the 1970s led Katherine to work in community nursing in South Fitzroy, Melbourne. Along with her staff, Katherine cared for people – many of who were refusing the safety net of hospital services – in their homes, in sheds or on the streets. She learned to accept that some people wanted help, but only on their terms.

“It was here that, with colleagues, we developed and provided home care services for frail, elderly residents as well as those who were ill, disabled and sometimes dying. Our primary role was to advocate for those whose wishes were seldom heard. We were committed to helping them remain at home if this was their wish.”

It was difficult and uncomfortable work, but Katherine had found her place, often advocating for people who didn’t fit the medical model.

“My advocacy for residents who were frail and sometimes dying, for their self-determination, as well as the range of then unique services we offered them, led to me being awarded a Churchill Fellowship in 1978.” 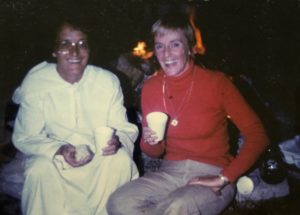 During the Fellowship, Katherine spent time in pioneering hospices in the United Kingdom, Canada and the United States of America. She recalls learning new ways to offer symptom control, and witnessing a refreshing focus on family support and making it realistic for people who were dying to remain at home if they wished.

“I saw a gradual but major power shift from doctors and nurses to patients and families – with emphasis on a scientific approach to the control of distressing symptoms.”

In 1979, Katherine became Melbourne City Mission’s (MCM) inaugural Director of Nursing, charged with establishing Australia’s first home-based palliative care service. She brought to the Australian context knowledge and information to help enlighten doctors, nurses and those CEOs who had an open mind to the modern hospice and palliative care movement taking off in Australia. Mr Addison, CEO of the MCM, wrote about Katherine’s appointment in an MCM newsletter in May 1980, saying: “Sister Kingsbury has brought to the position of Director of Nursing of our nursing home a wealth of experience in this community. She knows the people, the networks of local services and how to integrate this service with them. More than that, she is sensitive to the need for change in traditional home care and is committed to achieving this. Already a great deal of interest has been generated in the leadership of Sister Kingsbury in challenging outmoded forms of institutional care.”

In May 1980, then Prime Minister Mr Malcolm Fraser accepted an invitation to officially open the new Fitzroy nursing home, making a substantial donation towards the furnishings for the headquarters of Australia’s first palliative care service.

In an unfortunate turn of events, and without warning or explanation, Katherine’s position was terminated in 1981, seven weeks after the first patient had been admitted to the first hospice program. Her termination led to several staff resigning and protesting to the Board about the decision. Katherine was proud of what she had achieved in two and a half years. She had established two new and innovative services as well as advised extensively on the nursing home design. Despite this setback, Katherine continued her commitment and service to developing palliative care services and programs in Australia. Katherine remembers hearing reports of similar situations in services overseas and thinks it could be attributable to the stressors associated with starting what some perceived as controversial services. 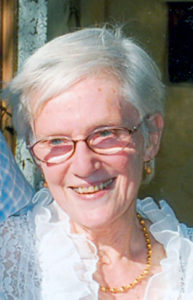 “Forty years ago, we sparked a movement that grew from the first hospice program established in Melbourne Australia in 1979 to more than 170 nationwide today. They offer comfort, care, and pain relief in the final days of their patients’ lives and help ease the distress of families faced with the loss of loved ones. Despite the early difficulties faced by Melbourne City Mission, the Palliative Care Service went on to become, and remains to this day, a leading provider of palliative care in Australia. The early staff at Melbourne City Mission eventually laid the foundation for a solid growth of palliative care providers in Australia, and for this, I am proud and thankful.”

“In earlier years, when doctors preferred patients who could be cured, dying patients often felt neglected. In hospitals, analgesics were given, often at a dose too low to be effective, because staff feared their addiction. Now, anticipating a person’s pain and preventing it is a treatment goal of care. Once unheard of, ongoing support for bereaved people is now a valued service and has further enhanced palliative care services in the eyes of the community.”

While Katherine doesn’t claim to be a palliative care ‘specialist’, she humbly admits “I was just a beginner and an encourager on the blank Australian page”.

To those working in, or interested in entering a palliative care service, Katherine has 10 pieces of sage advice.

Katherine is quick to recognise and encourage the importance of self-care, having fun and being revitalised: “Always maintain a healthy balance between work and an outside life. Be sure that there are times when you are totally off call and can pursue your own life-affirming activities.”

You can read more of Katherine’s first-hand experience as a nurse working in palliative care services here.

Palliative Care Australia will be commemorating its thirtieth anniversary in 2021, and we hope to engage the palliative care community to celebrate achievements from the last thirty years. While we acknowledge there is still a lot to be done for palliative care to be recognised and properly funded, we wish to mark the milestones we have passed.

If you or someone you know has worked for or with Palliative Care Australia and wish to share your experiences, or if you wish to commemorate achievements in the palliative care sphere in Australia within the last thirty years, please reach out to communications@palliativecare.org.au. PCA is also looking for photos that show the progress of palliative care in Australia.

PCA hopes to regularly publish stories and memories throughout the year. National Palliative Care Week 2021, which will be held from 23 to 29 May, will also be an opportunity to highlight our anniversary. We look forward to receiving your contributions and memories.