Sally McAuliffe's son Conor died of liver cancer eleven years ago. In May, she feels his loss acutely.

For some bereaved mothers, the weeks leading up to Mother’s Day are even more difficult than the day itself. Social workers Elham Day from Hummingbird House and Liz Arnott from Bear Cottage suggest planning in advance for Sunday 14 May.

When people ask Brisbane mum Sally McAuliffe how many children she has, she says she has five to love and four to look after.

Eleven years ago Sally’s son Conor died of liver cancer. With each passing year, his May birthday and then Mother’s Day have provided two dates on which to both remember him and feel his loss acutely.

“Losing a child is like losing a piece out of a puzzle,” says Sally.

“I can never finish it now. Mother’s Day is lovely and my children treat me beautifully, but there is something really big missing from that picture.

“I enjoy all the little trinkets that they create for me at school, but I don’t have all my children here and I can’t change that.”

Sally says she never can predict exactly what emotions will hit her each year Mother’s Day, but inevitably it leaves her feeling “a bit empty”. She feels for all mums who have lost a child, whether that child was an adult or a baby. She says that just as people grieve differently, these mums will face different challenges on Mother’s Day. However, she suggests if there are moments of light, let them in.

“I would just say be gentle on yourself. Just see what the day brings, and if you feel like laughing and smiling at some stage, that’s okay. It is okay to be happy and sad at the same time.”

Family support coordinator at Hummingbird House children’s hospice in Queensland, Elham Day supports bereaved parents as they live through the death of their child and beyond. He says he often hears from families that the weeks leading up to Mother’s Day can be more difficult than the day itself, largely because it has become so commercialised and its portrayal of motherhood so sugar-coated.

While in simple terms the day is meant to honour and value mothers, its impact is often complicated by family dynamics.

“Whether you’re a bereaved mother, a mother whose mother has died, or someone who hasn’t had a mother in your life, people’s experiences of motherhood are very different and yet the commercial nature of this day presents it as such a [standardised] norm.

“Advertising at the supermarket, billboards in the city; it all presents quite a limited view of love which doesn’t allow room for grief and loss as a part of love. This really causes added difficulty for families who are bereaved.

“Add that to the endless feed of social media and you realise this isn’t an optional celebration. Even if you wanted to opt out, you can’t.” 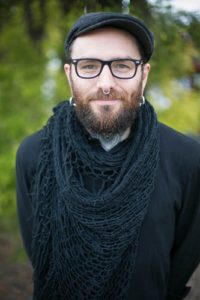 He says bereaved mums hear the term ‘self-care’ endlessly in the lead-up to Mother’s Day, but the concept has become almost clichéd so it’s important to clarify its meaning. Too often it is simplified to the equivalent of taking a bubble bath, when for some people that might feel “a bit weird and not at all relaxing”.

“I think the most important thing is to take time to reconnect [with] yourself and listen to your body and mind,” Elham says.

“In the face of all of the advertisements, social media feeds, and maybe well-meaning friends saying ‘We have to do something on Mother’s Day’, it is important to take the time to say ‘What would be helpful and good for me to do on that day?’.”

He says no-one is better placed to work that out for a bereaved mother than the woman herself. And once she has worked that out, it’s important to make sure those thoughts are translated into action.

“People mean well and have every intention [of doing something], but the difference between saying you will do it, and then actually doing it, can be very different.”

“Are you somebody who does really well if you have intentional distraction? Would you want to be together with friends and go to the movies or a bushwalk?”

Elham says mothers who choose to do something on their own, or who don’t acknowledge Mother’s Day at all, are not helped by people suggesting they are in a state of avoidance or denial.

“Bereaved parents suffer so much and then there’s this extra layer of being exposed to everyone’s armchair diagnosis of how well they are doing,” he says.

“Why would we question a mother whose child died 15 years ago – [who] may still want to honour her child in a very visible way – as though she should have moved on?

“Why do we question the legitimacy of someone’s grief experience because it doesn’t align with a social norm? That adds so much difficulty to bereaved parents.”

He says he often hears from parents that days like Mother’s Day can increase their sense of isolation. Their child’s death may have impacted on previous friendship groups, or – particularly if they have lost their only child – that it’s a day they can no longer be involved in. He says some bereaved mothers may find themselves questioning whether they’re a mother anymore.

“Wrestling with that is difficult enough, but it takes place in a dominant culture where we are not good at talking about death or dying and allowing space for grief. We definitely need more space for grief, and to realise that there can be real value in allowing grief to be nurtured and expressed.”

Mother’s Day marks the start of a five-day event for mums at Bear Cottage children’s hospice in Sydney. Bear Cottage social worker Liz Arnott says it’s an opportunity for mums to be cared for, while staying with their sick child. They enjoy a week of therapy-oriented art and craft activities, reflexology, beauty care treatments, special dinners and a cooking afternoon with celebrity chef Fast Ed from Better Homes and Gardens.

“The purpose of the camp is to help our mums build connections and informal support networks,” says Liz. 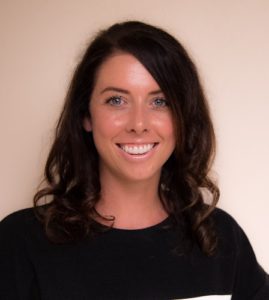 “Often our mums who meet at these camps will remain in contact and be a support to one another. That can continue on into the bereavement world as well. We hope those connections continue throughout life.”

Liz says she has worked with many bereaved mums who have found the lead up to Mother’s Day is isolating, painful and sad. She says it’s a day to also consider the feelings experienced by women who have had miscarriages, still births or been unable to conceive.

She, like Elham, suggests that in the lead-up to Mother’s Day bereaved women tune into their emotions to better understand how the day might affect them and form a plan around that.

“If you have a strategy for the day, you can make decisions that empower you when it comes around.

“For instance, on social media there is a default where people tend to present life with crystalised happiness and for bereaved families that can be confronting in a number of ways. You might choose, ahead of time, to have a day off from social media as a protective and self-caring thing, and that’s okay.”

Liz says people are often scared to talk to a bereaved mother about their lost child and mothers may learn to hide their pain and emotions. That doesn’t mean the woman’s grief has gone away or her child has been forgotten.

She encourages friends and family to remember the child who has died and provide a safe listening environment for a grieving mother to talk about them.

“When people don’t avoid talking about their child I think that helps mothers not feel so alone. We want to remember those children and share memories.

“People often say ‘I can’t imagine what you’re going through right now’, but perhaps there is more value in acknowledging the love they had for their child and how much they must miss them.”