Home » Palliative Matters » Carers » Frangipani, flame tree, or lemon myrtle; what tree would you like to become? 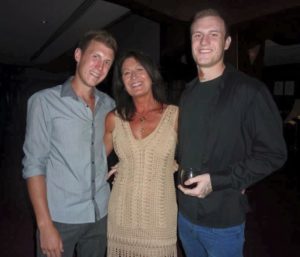 Dianne Rich with her sons Sam (left) and Ashley.